Bookn' with Friends: The Memory Police 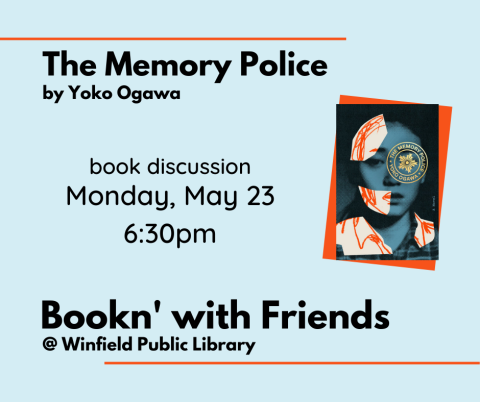 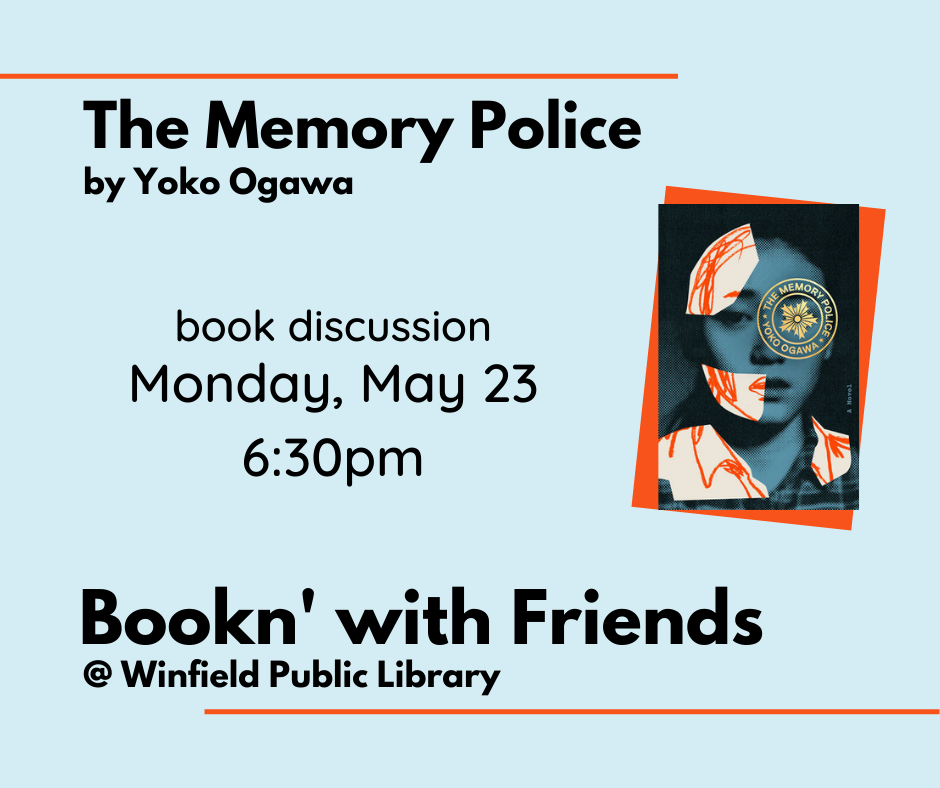 Adults
Registration for this event is no longer open.

“I sometimes wonder what was disappeared first – among all the things that have vanished from the island.”  So begins Yoko Ogawa’s The Memory Police, Winfield Public Library’s May selection for Bookn’ with Friends book club.  All are welcome to join the book discussion on Monday, May 23rd at 7:30pm.  Copies of the book are currently available for check out at the library’s front desk.

First published in Japan in 1994 and translated to English in 2019, The Memory Police is a haunting novel that explores questions of power, trauma, and state surveillance.  It was a finalist for the 2019 National Book Award for Translated Literature, as well as for the 2020 International Booker Prize.  Chosen to meet WPL’s May Reading Challenge of a Sci-Fi book, The Memory Police has a 3.76 rating on goodreads, and is 274 pages long.   From the publisher:

On an unnamed island off an unnamed coast, objects are disappearing:  first hats, then ribbons, birds, roses – until things become more serious.  Most of the island’s inhabitants are oblivious to these changes, while those few imbued with the power to recall the lost objects live in fear of the draconian Memory Police, who are committed to ensuring that what has disappeared remains forgotten.

When a young woman who is struggling to maintain her career as a novelist discovers that her editor is in danger from the Memory Police, she concocts a plan to hide him beneath her floorboards.  As fear and loss close in around them, they cling to her writing as the last way of preserving the past.